These cross stitch patterns can be bought from - Etsy 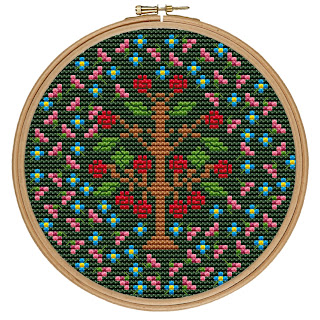 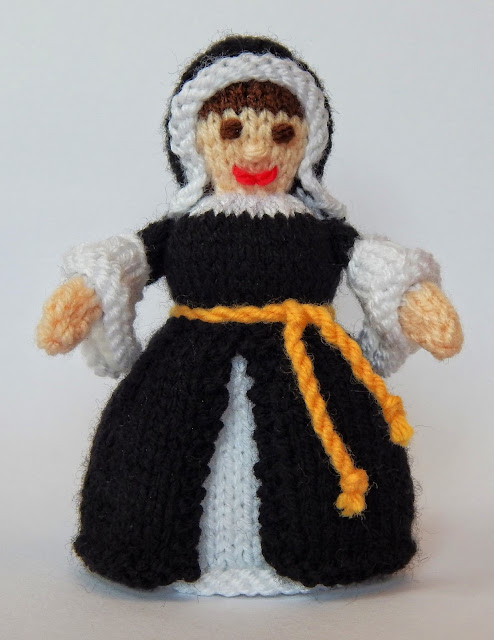 
Catherine of Aragon, was a Spanish Princess and the first wife of King Henry VIII of England. She was born in Alcalá de Henares, Spain in December 1485.

She was betrothed at the age of 3 years old to Arthur the Prince of Wales. Aged 16 years old she married him in 1501. Arthur died in 1502 and the marriage was annulled by the Pope.

Catherine went on to marry Arthur's brother, Henry in 1509. Catherine became the Queen of England from 1509 to 1533. She gave birth to 6 children, but only 1 survived, Mary I of England.

King Henry wanted to divorce Catherine, but the Pope would not allow it. King Henry VIII passed the Act of Supremacy and became head of the Church of England. Thomas Cranmer, the Archbishop of Canterbury annulled the marriage.

Catherine died in January 1536 at Kimbolton Castle, Cambridgeshire, and is buried at Peterborough Cathedral, UK. 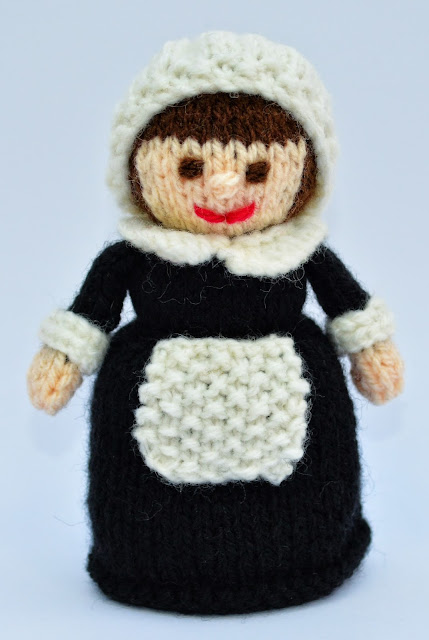 ﻿
This is Constance, she is a Pilgrim Lady who is 13cms tall. My design is based upon the Puritan Dress worn by Pilgrims to the New World, who sailed on the Mayflower in 1620.

Constance's dress & head are knitted all in one. The head and bodice are lightly stuffed. The Pilgrim bonnet is detachable and she wears, cuffs, a collar & an apron. 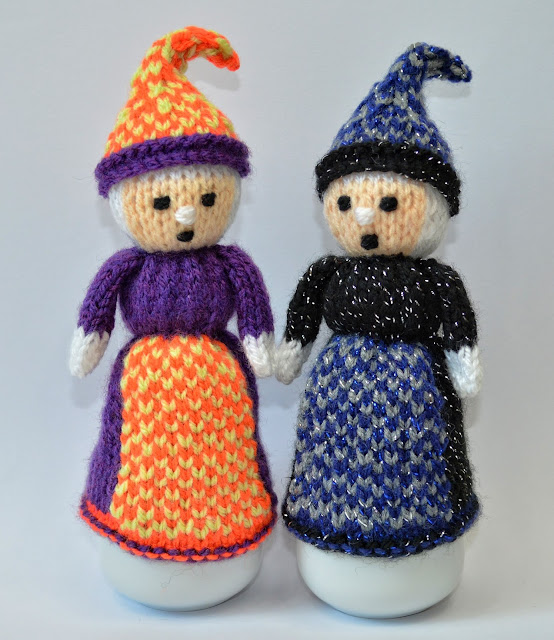 These are two witches, all ready for Halloween, they are 13cms tall and keep your boiled eggs very warm.

I have tried to design a witch that is not clothed all in black. So, the black, grey & blue witch has been worked with sparkly wool, the purple, orange & yellow wool has been worked in normal DK wool.

The witches hat is detachable.