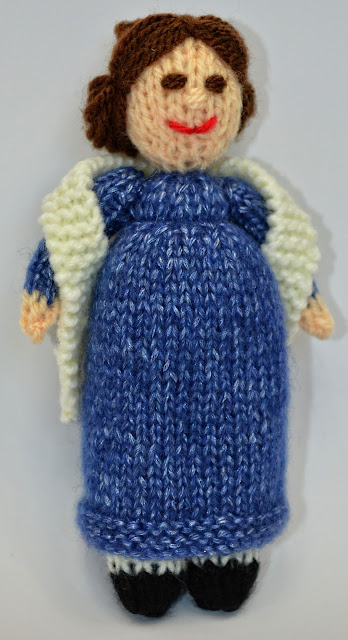 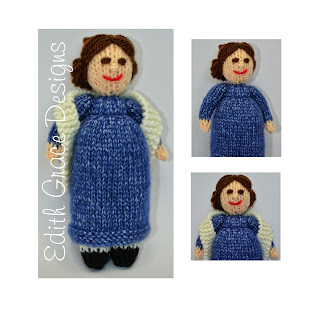 Jane Austen was an English novelist, born 1775 in Steventon, UK, she is known for her six major novels.

Jane died, aged 41 years old in 1817 and is buried in Winchester Cathedral, UK.

Elizabeth Bennet wears a blue Empire Line Gown, the skirt is high waisted and fits under the bust. Elizabeth wears a shawl.

I have used Sirdar Softspun, a Luxury Soft DK wool for the dress. You can use a standard DK wool.

In 1809 Jane moved to Chawton village, near Alton, Hampshire, to live in a large cottage with her sister and mother. This cottage was owned by her brother, Edward. It was part of his estate, Chawton House. The house is just a short walk from the cottage.

The Austen's are buried in the local church graveyard. Jane Austen is buried in Winchester Cathedral.

The cottage is now the 'Jane Austen Museum', and is a must for all Austen fans. 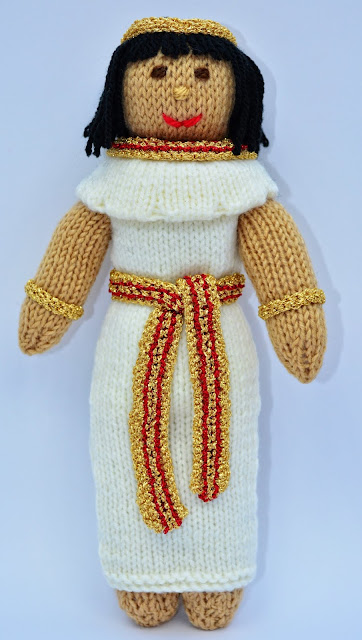 This is Menet, an Ancient Egyptian Princess Doll - 1300 BC.

This knitting pattern is Worked Flat. The legs, body & head are knitted all in one.

This pattern can be bought as a PDF Digital Download from - Etsy, Love Crafts& Ravelry.

﻿
Linen was the most popular material used for Ancient Egyptian clothing. It was comfortable & kept the wearer cool, due to the desert heat.

Clothes were decorated with jewels, regardless of social standing. Those who could not afford jewels would use coloured stones or coloured pottery beads.

Egyptians did not wear shoes, they mostly went about their day bare footed. However, they did wear sandals on special occasions.

I have used a soft baby wool for the dress & cape. This seems to fit well to the body. I have used Gutermann Metalic Thread for the collar, head piece, waist sash & bracelets. 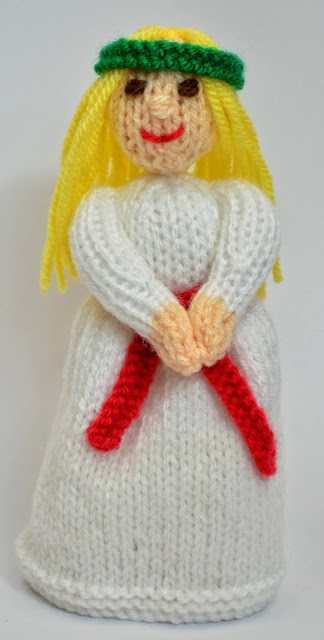 This is my little St. Lucia Christmas Doll

This pattern can be bought as a PDF Digital Download from - Etsy, Love Crafts  & Ravelry.

In Sweden, St. Lucia's Day (St. Lucy), is celebrated on December 13th. When monks arrived in Sweden, they brought Christianity stories. St. Lucia was a 3rd century martyr. Her story told how she brought food & aid to Christians. She used a candle lit wreath to light her way, to leave her hands free in order to carry as much food as possible.