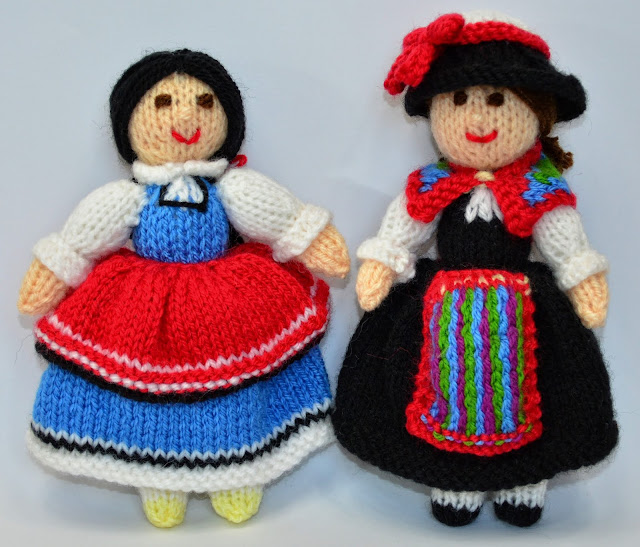 This is Chiara from Switzerland & Desislava from Bulgaria.

They are knitted Folk dolls in national dress, they are 20cms tall, knitted in Double Knitting Wool & Worked Flat.

Chiara is wearing the national costume from Evolene, which is a municipality in the district of Herens, in the canton of Valais, Switzerland. Evolene was first mentioned in 1250 as 'Eveline', then in 1444 as 'loco de Evolena'. It became a municipal in 1882. The colours of the shawl, the colour of the striped apron are characteristic of the area's costume, as is the style of the hat with the bow at the side.

Desislava is wearing the national costume from the town of Godech in the Sofia Provence of Bulgaria. Godech was first mentioned in 1435 in the Ottoman's records. This costume is described as a Sukman costume. I have used the colours as researched, with an underskirt and a shorter over skirt.