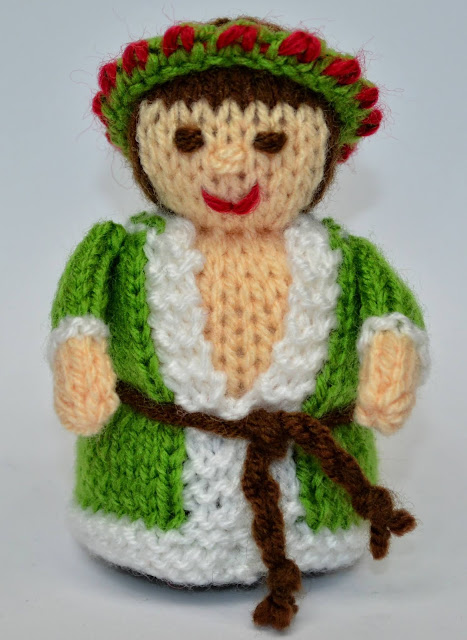 Here is the Ghost of Christmas Present from A Christmas Carol by Charles Dickens.

This is the Ghost of Christmas Present from A Christmas Carol. It was written by Charles Dickens and published on the 19th December 1843.

I have tried to design the doll with the text in mind, but still making it a simple doll to knit:

'...clothed in one simple deep green robe, or mantle, bordered with white fur... breast was bare...'
The doll wears a green coat, sewn to the chest and a white bordered included.


'...on its head it wore no other covering than a holly wreath...'
This was quite a simple head dress to design, with red single stitches to represent the berries of the holly.


' Girded round its middle was an antique scabbard; but no sword was in it...'
I have made a simple twisted belt for this spirit.